Normally, over 2 million pilgrims attend the Hajj. This year only around 1,000 worshipers are at the annual pilgrimage after Saudi authorities imposed strict crowd control and hygiene measures because of fears of the pandemic.

Muslim worshipers observed the first rituals of an historic Hajj on Wednesday, with around 1,000 pilgrims adhering to "safety bubbles" and social distancing measures over fears of the coronavirus.
While the Hajj typically features large crowds crammed around Islam's holiest shrine, this year's annual pilgrimage has seen worshipers circumambulating the Kaaba along concentric circles marked on the ground. Several feet separated the mask-clad pilgrims who walked at a measured pace. 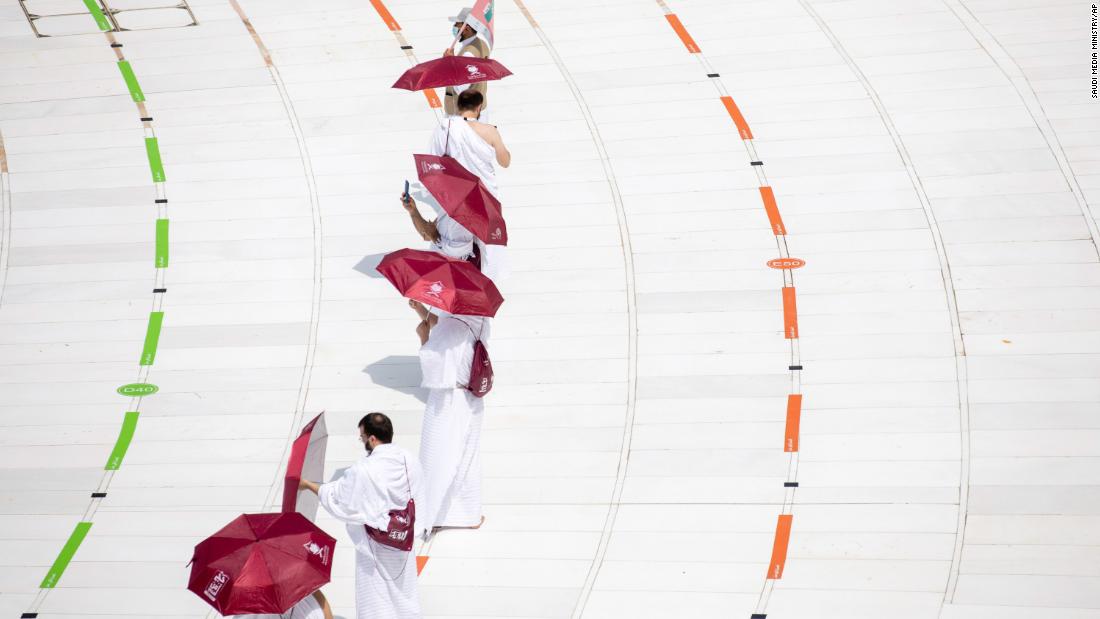 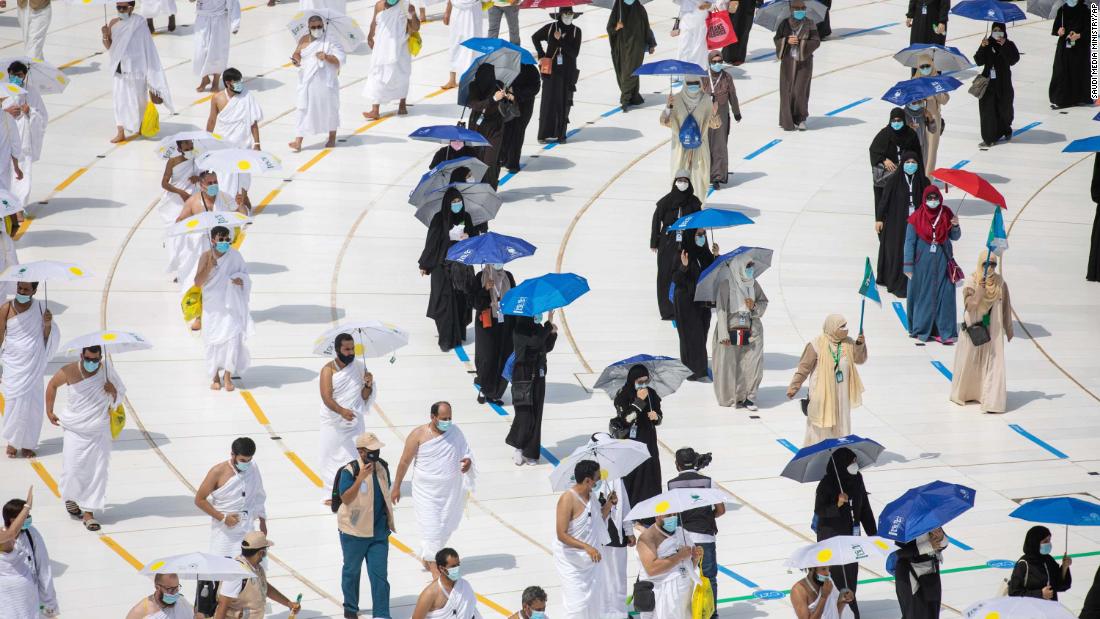 The Tawaf Al-Qudum, a group rite of passage in the holy city of Mecca, was unlike anything that Muslims watching the processions on their TV screens had ever seen. On average, over two million pilgrims attend the Hajj, which is considered one of the five pillars of Islam.
International pilgrims have been barred from this year's Hajj. Those selected to attend are foreign residents of Saudi Arabia and Saudi nationals between the ages of 20 and 50. 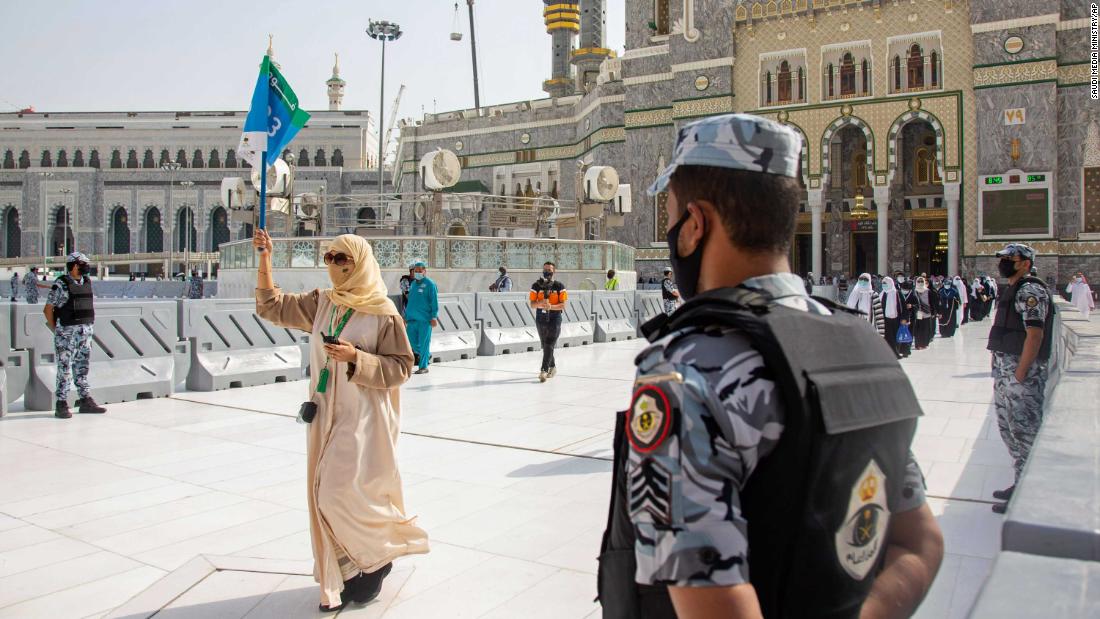 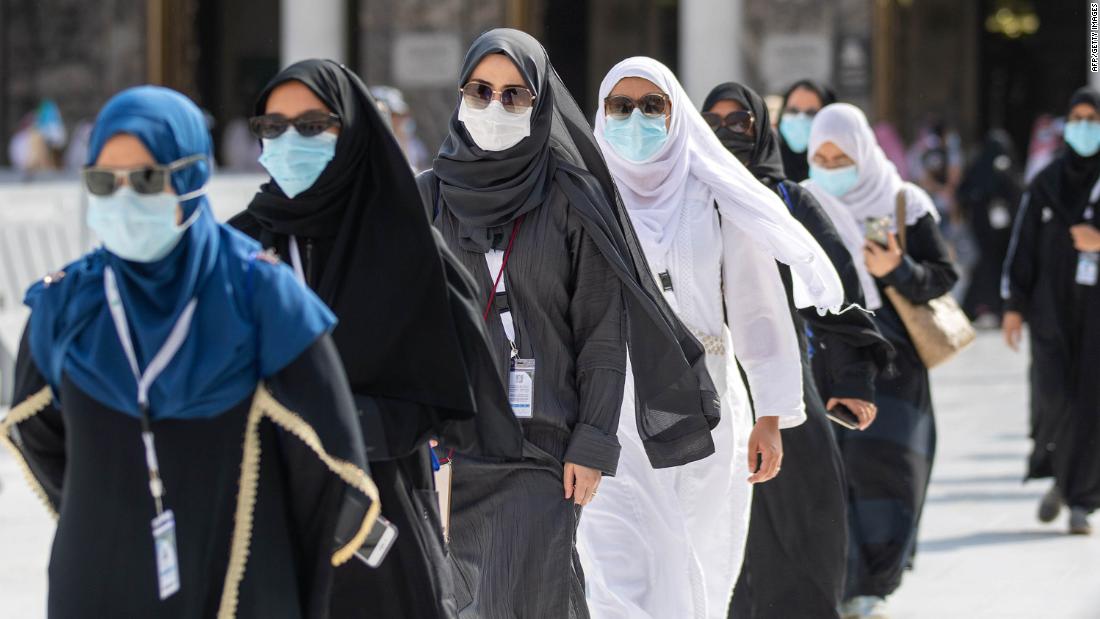 "We are trying to apply the concept of safety bubbles, where every pilgrim will have an environment around him or her that are free and safe as much as possible from any kind of hazards, so all that is needed by the Hajjis is their personal protective equipment their hygiene products are provided free of charge," Assistant Deputy Minister for Preventative Health at the Saudi Ministry of Health, Dr. Abdullah Assiri told CNN in an interview on Wednesday.
At the Grand Mosque, gaps separated worshipers' prayer mats, whereas the ritual is normally performed shoulder to shoulder with other believers. All of these pilgrims have already gone through a rigorous quarantine and health screening process, according to Saudi authorities. 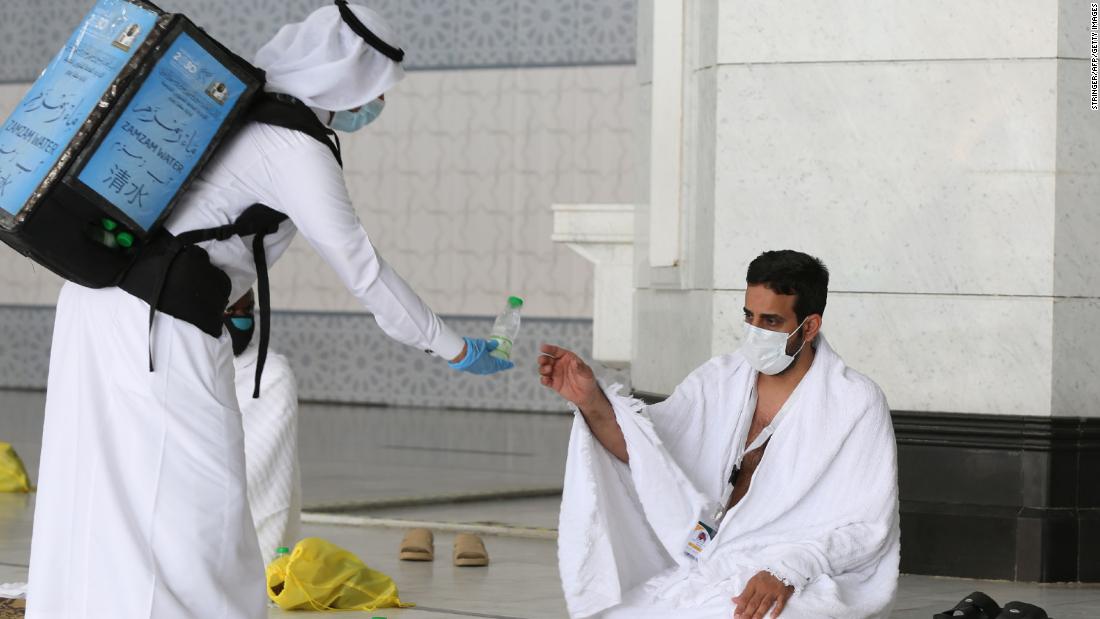 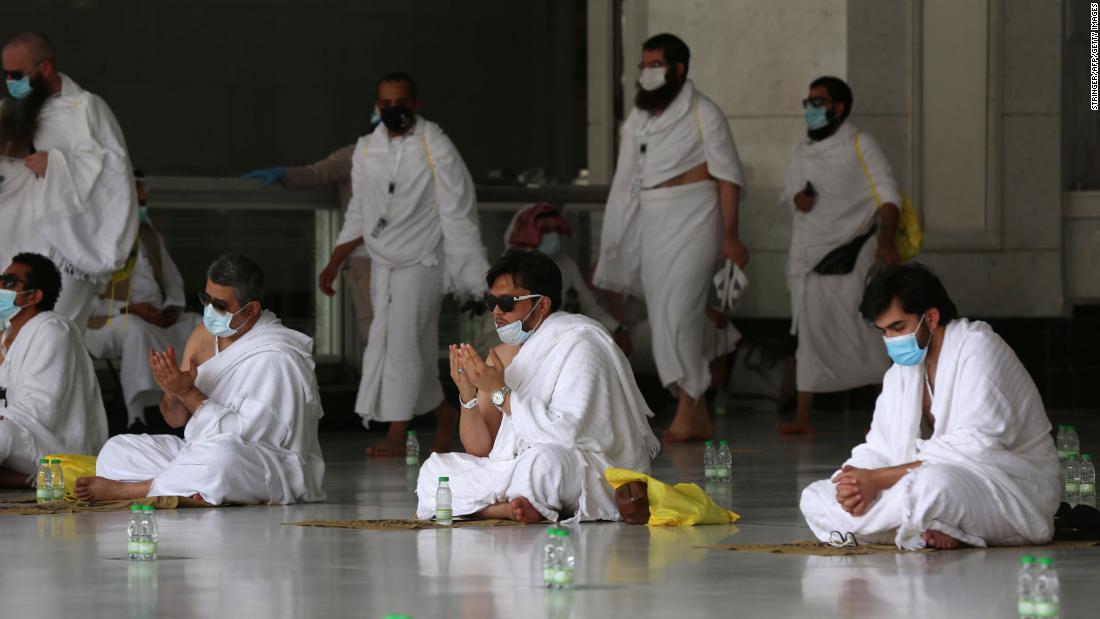 "There are some rituals of Hajj that we cannot really separate [the pilgrims] because they have to be in one place at one time, so we had to prepare these places in a way that maintains social distancing and also to make available the personal protective equipment for these places," Dr. Assiri said.