﻿The US has by far the highest number of cases and deaths, but Brazil's outbreak now the second worst in the world.

Here are the latest updates:

04:10 GMT - US airlines threaten ban for passengers who refuse to wear masks

Major US airlines have warned passengers who refuse to wear masks that they could be banned.

Carriers could prevent anyone who is not covering their nose and mouth from boarding although they would provide masks to passengers without one.

Airlines with the stricter policy include American Airlines, Delta Air Lines, and United Airlines, Airlines for America said in a statement.

The airlines will clearly inform passengers about their individual policies on face coverings before flying, followed by an announcement with specific details onboard, it said.

Each carrier will decide the appropriate consequences for passengers who fail to comply, up to and including being put on that airline's no-fly list. 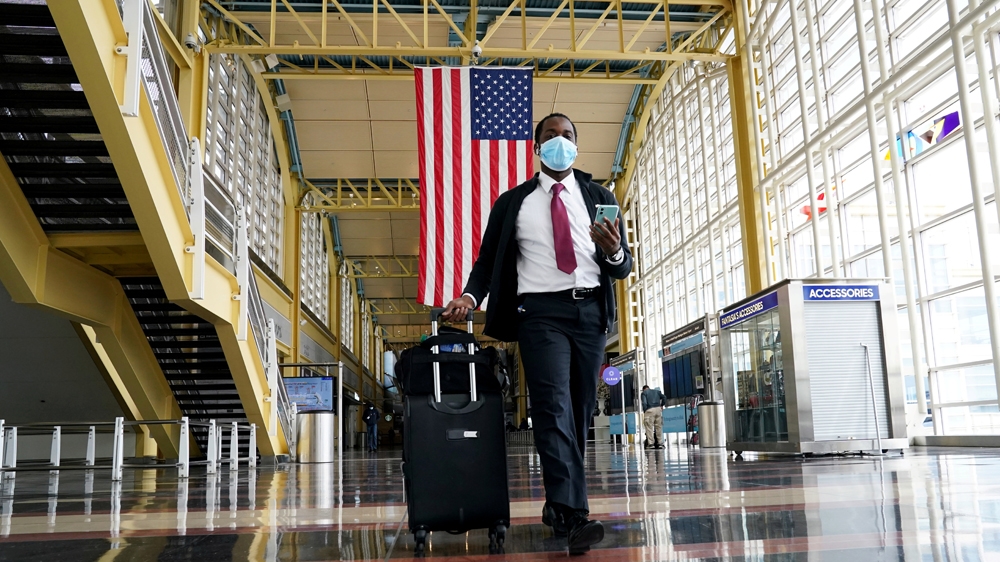 A passenger walks through Reagan National airport in Washington DC. Airlines are saying passengers could be banned if they refuse to wear a face mask [File: Kevin Lamarque/Reuters]

City officials in Beijing have described the coronavirus outbreak centred on the Xinfadi market as "very grim" according to the Global Times.

The state tabloid says nine of 11 districts in Beijing have reported confirmed cases, with the area of Fengtai, which is around the market, the worst affected.

"We need to make an all-out fight, taking epidemic prevention and control as the most important and urgent task at present... and taking the most determined, decisive and strict measures to contain the epidemic," the Global Times quoted officials as saying.

Beijing expects to complete a citywide inspection and sanitation campaign targeting wholesale and vegetable markets, as well as restaurants and canteens on Wednesday. All vendors and business operators will have to undergo nucleic acid tests.

Shanghai says it will impose a 14-day quarantine on all people arriving in the city from medium to high-risk COVID-19 areas elsewhere in China.

Wu Jinglei, the director of Shanghai's health commission, says those arriving from high-risk places will have to complete a centralised quarantine, and will undergo nucleic acid testing twice.

Beijing is imposing coronavirus restrictions on more districts after an outbreak linked to the capital's wholesale food market.

There are now 22 districts deemed 'medium-risk' with local authorities setting up checkpoints, stepping up social distancing and closing schools.

City officials reported 27 new cases for June 15, taking the total for the latest spike to 106, as the authorities track down close contacts of those known to have the virus.

Other cities in China have also responded to the outbreak with some imposing quarantines or stepping up their own preventative measures.

After cluster infection was found in #Beijing's markets, #Wuhan started three-day inspection of the city's supermarkets, wet and vegetable markets on Saturday. All 6,178 samples took from those markets, including chopping boards, kitchen knives, tested negative for #coronavirus 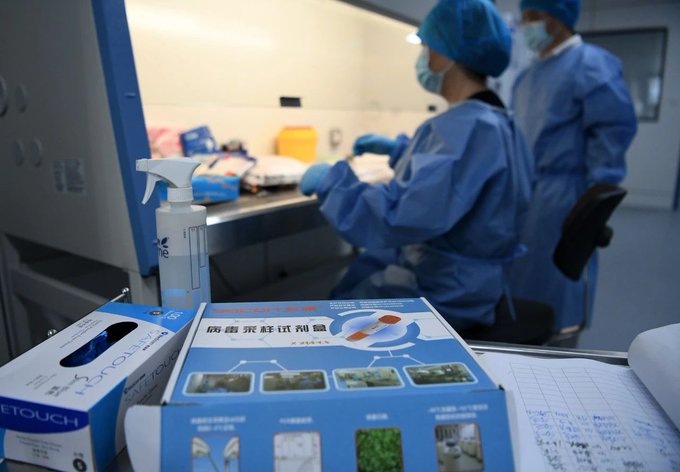 China's president Xi Jinping is to hold a "solidarity" summit with Africa over the coronavirus pandemic.

Xi will deliver a keynote speech at the summit on June 17, according to Chinese state media.

New Zealand lifted all coronavirus restrictions last week, but is keeping its borders to closed to everyone except citizens and special cases.

Some 8,005,294 cases of coronavirus have now been confirmed around the world, according to data from Johns Hopkins University. The actual figure is likely to be much higher because countries often have different criteria for testing, and milder and asyptomatic cases may go undetected.

These are the five countries with the most cases:

These are the five countries that have recorded the most deaths:

A new report from the Centers for Disease Control and Prevention has found people with chronic illnesses including heart disease and diabetes are 6 times more likely to be admitted to hospital, and 12 times more likely to die than COVID-19 patients with no underlying conditions.

The CDC based its analysis on 1.32 million confirmed cases of coronavirus that it received between January 22 and the end of May.

Although information on underlying conditions was available for only 22 percent of those patients, the CDC found that of those, 32 percent had a heart-related illness, 30 percent had diabetes and 18 percent a chronic lung condition including asthma. 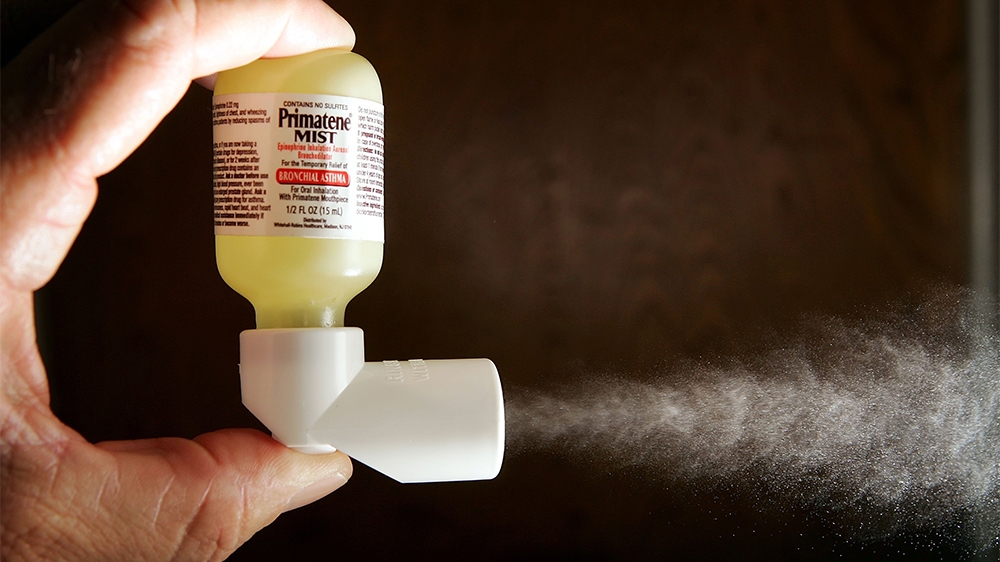 People with underlying health conditions including asthma are at a far higher risk from COVID-19 than otherwise healthy people according to a new CDC report [File: David McNew/Getty Images via AFP]

The CDC said that age remained a major risk. The percentage of intensive care admission was highest among people aged at least 60 and over with underlying conditions. People over the age of 80 were the most likely to die, even if they didn't have a chronic illness.